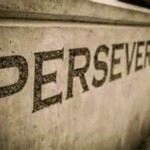 31 Quotes About The Power of Perseverance

1.  “Always bear in mind that your own resolution to succeed is more important than any other one thing.” – Abraham Lincoln

2.  “A difficult time can be more readily endured if we retain the conviction that our existence holds a purpose.” – John C. Maxwell

4.  “The greater the obstacle, the more glory in overcoming it.” – Moliere

5.  “Success seems to be largely a matter of hanging on after others have let go.” – William Feather

6.  “If you stay in the running, if you have endurance, you are bound 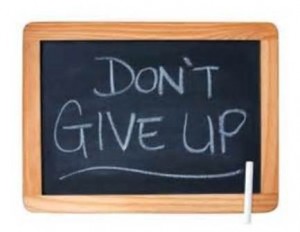 to win over those who haven’t.” – Glenn Cunningham

8.  “The difference in winning and losing is most often… not quitting.” – Walt Disney

9.  “Character consists of what you do on the third and fourth tries.” – James Michener

10.  “Success is often achieved by those who don’t know that failure is inevitable.” – Coco Chanel

11.  “I enter every day without giving mental recognition to the possibility of defeat.” – Paul J. Meyer

12.  “It takes the hammer of persistence to drive the nail of success.” – John Mason

13.  “There is no chance, no destiny, no fate that can circumvent or hinder or control the resolve of a determined soul.” – Ella Wheeler Wilcox 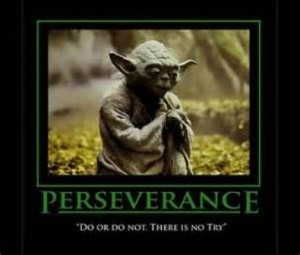 14.  “Every strike brings me closer to the next home run.” – Babe Ruth

15.  “Four short words sum up what has lifted most successful individuals above the crowd: a little bit more.” – Lou Vickery

16.  “The secret of getting on the shortlist is doing your best work fearlessly for a long time before you get on the list.” – Seth Godin

17.  “Our greatest weakness lies in giving up. The most certain way to succeed is always to try just one more time.” – Thomas Edison

18.  “In the confrontation between the stream and the rock, the stream always wins, not through strength but by perseverance.” – H. Jackson Brown

19.  “The man who can drive himself further once the effort gets painful is the man who will win.” – Roger Bannister

20.  “Silver is purified in fire and so are we.  It is in the most trying times that our real character is shaped and revealed.” – Helen Keller

21.  “If you are going through hell, keep going.” – Winston Churchill 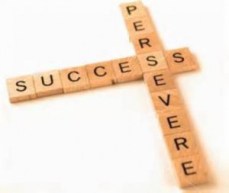 22.  “The difference between the successful and unsuccessful isn’t the absence of obstacles, but the presence of perseverance.” – Chris Widener

23.  “A leader, once convinced a course of action is right, must have the determination to stick with it when the going gets rough.” – Ronald Reagan

24.  “The most common trait I have found in successful people is that they conquered the temptation to give up.” – Peter Lowe

25.  “Opportunities are not offered. They must be wrested and worked for. And this calls for perseverance and courage.” – Indira Gandhi

26.  “In the game of life, nothing is less important than the score at halftime.” – Andy Andrews 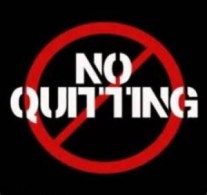 27.  “If you run into a wall, don’t turn around and give up. Figure out how to climb it, go through it, or work around it.” – Michael Jordan

28.  “Potential goes unrealized and dreams die every day because so many give up instead of trying just one more time.” – Dale Marcouillier

29.  “When I thought I couldn’t go on, I forced myself to keep going. My success is based on persistence, not luck.” – Estee Lauder

30.  “In the realm of ideas everything depends on enthusiasm… in the real world all rests on perseverance.” – Johann Wolfgang von Goethe

31.  “Success is a little like wrestling a gorilla. You don’t quit when you’re tired, you quit when the gorilla is tired.” - Roy Smoothe