Five Easy Steps to Beat Success Off With a Stick

If losing is your style, this one is for you.  If you’re looking for the path that leads to failure, I’ve got your road map right here.  If you’re just plain tired of succeeding all the time, then I can show you today how to bring all that to a halt and head 180 degrees in the other direction.

You see, when I teach success principles, I get to help other people live better lives.  It’s pretty cool, to be honest with you.  I love what I do.  Most people have an overwhelmingly positive response to the material, and many go on to change their lives with the new information they gather.  However, I fully recognize that winning in life doesn’t always rank high on everybody’s “what matters to me today” list.  That’s okay.  It’s cool.  If that’s you, then this writing is for you today.  During the first several weeks of 2013, we’ve all been bombarded with articles and plans for setting goals and having your best year ever.  Don’t get me wrong – most of that is really good stuff.  But if “outstanding” just doesn’t sound appealing to you, and if you’re more of the “one more wasted year” type, then I’ve got your back today. 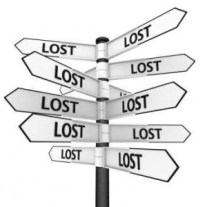 I can write this with confidence because I am an expert at failure.  I know what I’m talking about.  I’ve experienced it first hand, so I know what it looks like.  I’m a master at the concept.  I used to weigh nearly 300 pounds.  Several years ago my wife Gina and I were deeply in debt and struggling.  I’ve been through job layoffs and career pitfalls in the past.  Even my LinkedIn profile states that I received my Masters degree in Mistakes from the University of Experience.  When it comes to falling short of expectation and taking all the steps necessary not to succeed, I’ve been there.  I can help.

So, here are five guaranteed, take-it-to-the-bank, lead pipe lock keys that will allow you to keep success at bay.  If you can perform strongly in any one of these areas, you will be well on your way.  If you can master all five, you can virtually guarantee an unfulfilling life for yourself in 2013 and beyond.

If mediocrity is for you, then this is your first-class ticket.  Depending on what study you read, most experts indicate that only about four percent of the general public has specific written goals that they review on a regular basis.  Those people are just plain weird.  Never mind that it’s been proven that individuals who set goals in general have much higher earning potential in the marketplace. 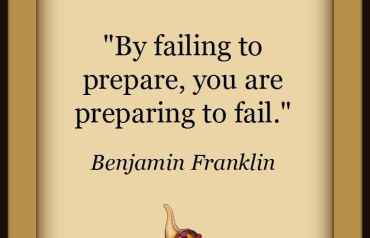 Also, setting goals causes you to look forward to the promise of the future, instead of turning to look back at the failures and pitfalls of the past.  They pull you toward the future, like a magnet.  They provide the light at the end of a tunnel, and not the light of an oncoming train, either.  However, if negativity is your preference and you enjoy focusing on the struggle that life can be, by all means avoid goal setting at all cost. 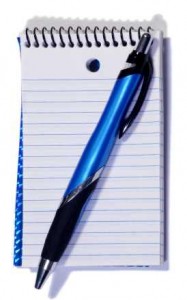 This is closely related to #1 above, so if you’re not setting any goals in your life this one should be an easy one for you.  You see, winners track everything (or at least it seems that way).  They track their goals.  They track their progress.  They track their money and where it goes (some people call this a “budget”).  They track progress on tasks.  They track their time to avoid wasted moments and maximize efficiency.  A huge mantra for us in the distribution and warehousing world was always, “you can’t manage what you don’t measure.”  Simply put – all winners are trackers.  If you’re intent on keeping success at bay, by all means don’t write it down.  Don’t refer back to check on progress.  Don’t track “it”, whatever “it” is.

I wrote recently about how a former mentor of mine instilled in me the value of continued learning.  Last year I ended up reading 14 non-fiction books, in addition to countless blogs, e-books and magazine articles.  By the time 2012 had come to a close, I had listened to nearly 150 hours of motivational audio, roughly the equivalent of pumping four standard work weeks of positive audio reinforcement into my brain.  I watched and listened to several webcasts and instructional videos, and even paid (gasp!) for a seminar or two. 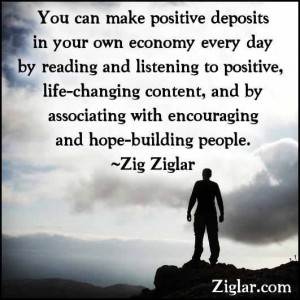 But you don’t want to do that.  You would stand out.  You would be weird.  You see, according to a 2007 study by the Jenkins Group, at least one-third of all high school students never pick up another book the rest of their lives.  42% of college graduates (who by that point are assumed to be “educated”) never pick up another book after leaving school.  According to Tom Stanley in his New York Times bestselling book “The Millionaire Next Door,” the average millionaire reads a non-fiction book per month.  Who’s got that kind of time with today’s busy schedule?  And then there’s the cost involved.  In his book “No Excuses: The Power of Self-Discipline,” Brian Tracy recommends investing a minimum of 3% of your annual income back into yourself in the form of continued learning.  Is he kidding?  Three whole percent?  Who’s got that kind of coin just sitting around?

Not long ago I used to weigh a just a shade under 300 pounds.  I wasn’t sleeping well.  I fell asleep regularly, just sitting on the couch trying to watch a movie with my kids.  I had been diagnosed with sleep apnea and needed to wear a CPAP mask to bed each night, just to get the proper degree of rest that was needed.  All that was bad enough, but there was more.  By far the worst and most embarrassing aspect of my personal neglect revolved around, of all things – roller coasters.  You know the big guy who gets on the coaster, and the lap bar doesn’t quite fit to a secure position?  The guy that the attendant has to personally come over and assist with a not-too-subtle “push” or two to get the audible “click” that is needed?  I used to be that guy.  I can only imagine what must have been going through the mind of one of my sons or daughters as they sat next to their dad and had to watch that.

If only it stopped with roller coasters.  What I didn’t realize for years later was that my physical neglect was affecting every other area in my life.  It affected my marriage and my credibility as a parent. 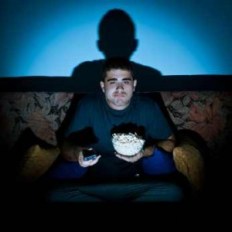 It probably affected the respect level of my team members at work when I asked them to accomplish a task.  It affected my finances, because the sloppiness crossed over from one life area to the next.  But then a change started to take place.  I started a slow jog/walk.  Eventually, I was jogging much longer distances.  I discovered that as I exercised, my mind was more alert throughout the day and I performed better in almost every area of my life.  I learned that when a person exercises, endorphins are released that cause intellectual stimulation.  Now today, almost all of my best ideas usually come when I am jogging (including the idea for this post).  If you’re content with just being sluggish and having dreams but no drive to accomplish them, I would highly recommend avoiding exercise as much as possible.

Step #5:   Never, EVER take personal responsibility for your life or your circumstances.

If you can master this single concept alone, you will go a long way in guaranteeing struggle and negative 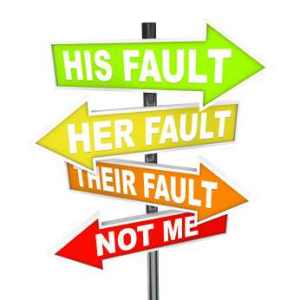 outcomes in your life for years and even decades to come.  There is tremendous value in avoiding phrases like, “I am responsible!” in our lives.  Blaming past circumstances or other people for where we are today is a whole lot easier.  It takes much less effort to feel like a victim than it does to look in the mirror.  When I went through a very difficult lay-off in 2007, I was mad.  I had performed at a very high level.  I had given my very best.  I could point to others who had compromised my standing by not executing in their own work areas, yet had somehow escaped the lay-offs unscathed.  It wasn’t fair.  I felt like a victim of circumstance.  Never mind that I had chosen to work for an employer with a certain way of treating their team members.  Never mind that I had chosen to work for an employer with only one client, thus limiting my options.  Never mind that I could have done a better job in following up with my own team members to ensure that they were executing properly.  After all, I wasn’t to blame, was I?

Over the course of the next year I quickly realized how the sum of all the choices I made resulted in the outcome that I experienced.  It was enlightening.  I discovered that there is a direct correlation between the degree of personal responsibility you accept and the level of control that you feel you have on your own life.  All of a sudden, I controlled my future.  Feelings of helplessness and anger were replaced with feelings of power and purpose.  If I was going to change, it was going to have to be up to me.

So there you have it.  Five solid, lead pipe locks that will guarantee you mediocrity and disappointment for decades to come.  But there are more out there.  What is your own personal favorite “failure principle”?  Comment below and tell us!