A couple of weeks ago my buddy Dave asked my wife Gina and I to participate in a marriage podcast.  Not only is Dave a great friend, but the podcast that One Flesh Awakening produces contains some really great stuff.  We fully agreed to be a part of the process.

Going through the podcast archives, it’s fascinating to see how many different types of marriages are represented – couples married for 60 years or more, newlyweds, engaged and yet-to-be-married couples, pastors, business owners, teachers, stay-at-home parents – you name it.  I jokingly refer to our contribution as the “second marriage for both” couple.  Dave thought it would be a good idea to interview a couple that was on their 2nd round of marriage, to see what unique challenges we face and share that information in the hopes that it could assist others.  Marriages in the U.S. where both parties have been married before carry more than an 80% failure rate.  Some statistical studies actually place that number at 90% or above.

As we planned to share our thoughts with Dave and I’ve gone on to listen to the final audio, I’ve had some time to reflect on all the varying degrees of success, challenges and even failure that I have experienced over the 22 years that I have been married (10 the first time, and 12 currently).  This is by no means a complete list, but here are some random thoughts that have given me cause for reflection over the last few weeks.

1. Marriage is HARD work.  Gina mentioned this in the podcast, and she’s absolutely right.  Anybody that’s been married 20 minutes knows that (or they’re in a wonderfully peaceful state of denial).  It’s a constant battle to decide that you’re going to communicate effectively.  Compromise is always a choice, always a decision.  If you have children, particularly of the “miniscule human” type, it’s not easy to make date nights a continual focus and priority.  But you’ve gotta do that stuff.  Like any other aspect of your life, a great marriage is a reward.  And the rewards in this lifetime that really matter are almost always earned – never given.  I didn’t understand this concept in marriage the first time around, and my ignorance ended up hurting a lot of people over the years.

2. If one area of your life is out of whack, it affects everything else.  This is probably the biggest life lesson I have learned over the last decade.  I mentioned it during the podcast, and it’s a key component of the Goal Achievement course that I teach.  Our money, our career, our relationships, our spirituality, our intellect, our health – it’s all connected.  And when one area is far and away from where it needs to be, all other areas are impacted as well.

Gina and I learned this the hard way when it came to our finances.  We went through a very dark season several years back, where I had been laid off from work and I was unable to find another position.  We were deeply in debt – but that’s not all.  I was depressed over the layoff, and my weight crept up to a whopping 297 pounds.  Our marriage had reached DEFCON ONE, and we weren’t going to make it.  As a last ditch effort to save our marriage, we enrolled in Dave Ramsey’s Financial Peace University course when it was offered at our local church. 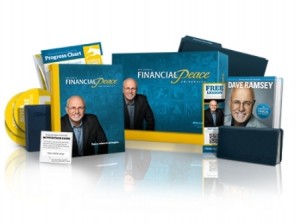 Taking “FPU” as it’s called provided more than we had bargained for.  Suddenly, instead of fighting with one another, Gina and I had a common enemy – our debt.  We locked arms and decided that it we owed to ourselves and God to be better stewards of what we had been given.  I took a second job at night, and we paid off a ton of debt in three very short years.  At the time, those three years felt like thirty-three years.

But here’s the coolest part of the lesson.  As the debt melted away, everything changed.  I lost nearly 100 pounds. Our marriage improved and has been really solid ever since. Integress Solutions was born.  We’re more effective, less-stressed parents now.  I’m a much more credible leader in the marketplace now.  You see, when one aspect of your life is severely compromised, it affects everything else. And if that one “thing” is the money, I would argue that this premise is doubly true.

3. Failure is simply course-correction.  The great Denis Waitley was the first person I ever heard say, “Failure is an event, never a person.”  I had to repeat that one a few times and let it sink in for a while.  After my first failed marriage, I carried a lot of guilt for a lot of years.  I had let a lot of people down – people who counted on me and who looked up to me.  Some of those relationships have healed, and some are still a work in progress.  But I have learned over the years that each of us has the ability to take a failure or a setback and find the lesson that it holds within.  Trust me – if you look hard enough, there’s one in there.   As Henry Ford said, “Failure is the opportunity to begin again, more intelligently.”  Gina and I have been able to take valuable lessons and insights of marriages past, and use those to protect and insulate ourselves against failure the second time around.  You only fail twice when you refuse to learn the lesson the first time around.  Which brings me to my last point…

4. Whatever your test is today could very well become your testimony tomorrow.  It was honoring to be asked to participate in the One Flesh Awakening marriage podcast.  I’ve seen firsthand what the legacy of divorce has done to my older kids, and I’ve become a Marriage Champion of sorts over the years.  Gina and I both came from divorced families ourselves, and we want the negative legacy to finally end with us.  I’ve shared our story with dozens of audiences over the years in one form or another, and I’ll continue to share it with as long as someone still wants to hear it, as long as people still come up afterwards and say things like, “I’m not sure if my husband and I are going to make it, but you’ve given me hope to try.”

Gina and I know that we are beating the odds.  We laugh and smile about that.  We love our life together and we love our story.  After all, it’s a story of hope, second chances and changing your family tree forever.

Have a great marriage story or lesson to share?  If so, please comment below and tell us!