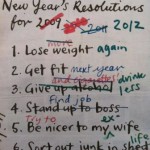 Don’t get me wrong.  I love it when people tell me that they are out to change something about themselves, to be better over the next 12 months than they were the year before.  I totally support that and embrace it.  I get a little giddy myself when I make plans each December, where I write down what I intend to accomplish in the next calendar year.  Just looking at my plans for 2014 and what I want my life to look like in 12 months gets me stoked and pumped up.  Goal setting has become a part of my DNA, part of who Dale “is.”  After all, we’re ALL attracted to a fresh start, another attempt to “get it right” or, in some cases, just make a good thing better.

But here’s the truth about New Year’s Resolutions, and something I’m sure you 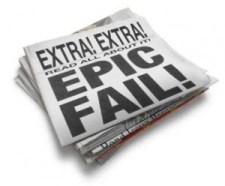 already have full knowledge of:  they rarely work.  Rarely, as in less than ten percent.  As in, 40% of them are abandoned by only the end of January.  That means that in just about three weeks time, 2 out of every 5 people reading this blog with a resolution will no longer be trying to quit smoking, get in shape, curb their spending habits, eat healthier, or whatever else they said they would do.  That’s just sad.

But it gets worse.  By Valentine’s Day, 75% of resolutions have fallen by the wayside.  Those of you with gym memberships (lasting ones) have seen this.  Try to get a machine at your local gym on January 1st.  Unless you go at 3:30 in the morning, good luck.  But those seasoned, long-standing members simply look each other in the eye, nod and say “Valentine’s Day.”  They know that by the time roses and chocolates are the conversation of the day, they will have no problem finding a machine just about any time of the day that they want one.  They know that by February 14th, only 45 days in, three out of every four will have quit and have settled back into another year of “I tried.”

Why does this happen?  Boy – if only that answer was simple!  Actually it is somewhat simple, once you accept the fact that it is most likely due to several factors acting all at once.  Over the next couple of weeks, I’m going to break down reasons why these attempts fail, and how to replace these behaviors with lasting habits and routines that can change a life for good – not just for a week or two.  I discuss many of these concepts in detail in our audio course, “Living Life by Design.”  You can find out more and download the first session for free by going here.

Here are the main reasons why most goal setting attempts, or “resolutions” fail:

1. There is no plan.  Antoine de Saint-Exupery wrote that, “a goal without a plan is just a wish.”  And that’s what so many do, January after January.  They wish.  They hope.  They want true change, but they have no roadmap to get them there.

If I was a travel agent, and you came to see me to book a trip, what would I ask you?  I would of course ask you at least these two questions:

If you replied with, “I have no idea!” – how could I possibly get you to your destination?  Goal setting works the same way.  You have to have an itinerary, a road map.  Think of it as a treasure map if you want to.  And itineraries, road maps, 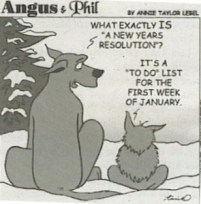 and treasure maps all have one thing in common – they are concrete, written down plans.  You must write your goals down on paper or in some electronic format.  Only 4% of the population has definitive, written goals, and they are for the most part the most fulfilled, challenged and often wealthiest 4% as well.  Why?  Because they have a plan – they know where they are going.

Okay – now we’re getting somewhere.  20 pounds over 4 months.  Now I can do the math involved.  That’s 5 pounds a month, or a little over a pound per week.  Now I have my marching orders.  Now I have an attack plan.

What statement sounds like it has a better chance of success:

“I get paid every two weeks, and each payday over the next year I will have $384.62 deposited electronically into my savings account.”

The more you are able to define your goal, the more likely it is that you will find yourself on the other side of success.  They have to be written down, and they have to be specific.  Like Yogi Berra so eloquently said, “If you don’t know where you are going, you’ll end up someplace else.”

3. There is no contingency plan to deal with setbacks or failure.  This was my biggest frustration with other goal setting programs, and why I felt the need to create one of my own.  Most programs focus on goal setting, and they seem to leave out the goal achieving part.  And that means – among many other things – dealing with the inevitable setbacks and failures that are bound to come.

You knew that, right?  We will fail.  There will be setbacks.  Life throws us curve balls. 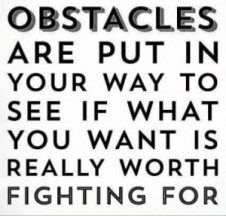 Sadly, this is what causes most resolution-setters to throw in the towel.  They give it the old “college try” for a couple of weeks, hit a roadblock of some sort, and give up.  And what do they have to show for it?  Another attempt that was abandoned before it ever really had a chance to get off of the ground.

Our minds play crazy tricks on us sometimes, to the point that I devoted almost two entire sessions in “Living Life by Design” to offset that.  Session Two centers around the psychology of self-esteem, self-value and fear as it relates to achievement.  Session Nine deals solely with this topic – overcoming the inevitable setbacks and challenges that we all face.

And how do we do that?  First of all, simply expect failure to be part of the process.  Plan to fail, and know that it’s coming.  The great Babe Ruth actually said, “each strikeout brings me that much closer to the next home run.”  See, most people just aren’t prepared for failure, and they give up far too easily.  The most successful people in our world today literally turn failure into an art form.

I read a great article about Howard Schultz recently.  Once he had his plans for a chain of user-friendly coffee houses in mind, he sought out investors to partner with.  He visited public and private investors, and was turned down time and time again.  50 rejections.  100 rejections.  200 rejections.  In total, Howard Schultz was turned down 223 times for his wacky coffee house idea.  It was only on the 224th attempt that he found the financial backing that he needed, and what we know today as Starbucks was born.

When would you have quit?  I’d like to think that I have that degree of resolve, but there’s just no way.  After the 40th or 50th rejection, I may very well have said myself, “maybe my idea isn’t so great after all” or “maybe this just wasn’t meant to be.”  I don’t completely understand that unbelievable resolve, but I am inspired by it. 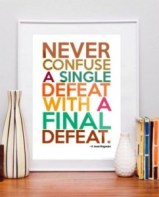 But here’s the most important thing of all that I really want you to remember about failure:  failure is simply an event, never a person.  If you receive nothing else from reading this, bury that deep down within you.  We all fail, but we can never be a failure.  I love what I heard Denis Waitley say once.  He said, “failure is like fertilizer.  It may stink at the time, but something beautiful eventually grows from it.”  We have to look at setbacks and failure that way.  They are part of the human existence – but they never have to be a reason for giving up.

So have a plan.  Make sure that your plan is specific.  Expect the setbacks that are sure to come.  I’ll continue this discussion next week with more reasons for New Year’s Resolution failure, and how offset those and really, finally make 2014 a year that you can be proud of.  Until then, please visit www.goals2014.com and see what “Living Life by Design” is all about.  Listen to the audio segments on the site, and download the first session for free.  Share the site with someone that you know needs this information.  If you’re interested in purchasing the entire course, make sure to use the Coupon Code “BLOG” during checkout and you will receive an additional 25% off!